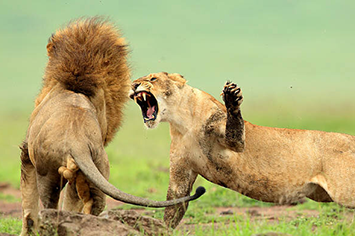 “A nation’s exchange change rate is the single most important price in its economy; it will influence the entire range of individual prices, imports and exports, and even the level of economic activity. So it is hard for any government to ignore large swings in its exchange rate,” said Paul Volcker, Federal Reserve Chairman from 1979-1987.

Overall: “It was meant to be a tool providing dovish forward guidance,” explained Minneapolis Fed President Neel Kashkari, fluttering his feathers. “It ended up being a tool that provided hawkish forward guidance - I continue to think we ought to just kill the dot plot,” cooed the dove. The system was introduced in 2012 with interest rates stuck at 0%. It provided the Fed with a new monetary tool as it was becoming evident the old ones were no longer working. The ‘dot plot’ allows each Fed President and Governor to communicate where they think the federal funds rate should be at the end of future calendar years. As of Wednesday afternoon, 7 of 18 Fed Presidents and Governors thought rates would be lifted above 0% by the end of 2022, and 13 of 18 thought rates should be lifted by the end of 2023. In any nation on earth, at any time in human history, such a collection of dots would have been seen as wildly dovish given the robust economic growth, record asset prices, and explosive moves in inflation seen throughout today’s economy. And that is before considering this same Fed committed to continue buying $120bln of Treasury and mortgage bonds each month with money they create with their computers. But of course, there are no absolutes in monetary matters, only relativity, and this week’s dot plot indicated the Fed consensus is a little less dovish now than it was in March. Such is the precarious state of our markets that a modest shift in what the Fed thinks it may do in 18-30 months moved prices at all. 2yr yields rose 11bps to 0.26%, 10yr yields fell 1bp to 1.44%, 5yr/5yr inflation swaps fell 8bps to 2.29%, the S&P 500 fell 1.9%. The dollar jumped, gold dumped, commodities too, as the inflation trade suffered a setback, its first of many in this emerging cycle. Because naturally, that’s how markets move.

Fed: The fed funds rate was 9.75% when I arrived in the pit, Chicago 1989. US GDP that year was 3.7%, unemployment 5.4%, and inflation 4.6%. But the S&L crisis was widening, as they do. So the Fed cut rates 75bps. Back then, the Fed certainly didn’t signal its intentions. In fact, the Fed neither confirmed nor denied what changes it made to interest rates even after it made them. Unimaginable, right? So we had to guess Fed policy changes by observing what happened in money markets. I obviously didn’t understand any of it, after all, I was an economics major.

Fed II: The S&P 500 loved that 75bp rate cut more than it feared the S&L crisis, so stocks took out the 1987 peak, making new highs in the autumn of ’89. There was still tons of brain damage from ’87, and traders are notorious for being superstitious, so the pit was nervy that October. When the S&P plunged -6% out of the blue on October 13th, the trading pit went utterly berserk. I was so happy in that market mayhem. Soon enough, the Fed cut rates another 75bps. The S&P 500 grinded back up through the end of my first year, but never made new highs.

Fed III: Despite the 150bps of rate cuts in 1989, and the record S&P highs, the economy soon entered a recession. The Fed kept cutting rates for a couple years, ending at an impossibly low rate of 3.00% in Feb 1992. US GDP was 3.5%, unemployment 7.4% and inflation was 2.9%. I had made my way to London that year as a prop trader, just in time for the Exchange Rate Mechanism collapse. The Europeans had created a system to ensure stability, certainty. And this naturally encouraged traders and investors to build massive leveraged investment positions.

Fed IV: When systems designed to ensure stability fail, which they inevitably do when applied to things as unstable as economies, the consequences are profound. As Europe worked through its ERM collapse, Greenspan held fed funds at 3.00% for what seemed an eternity. No one could understand anything he ever said, so you can’t blame him for promising certainty, stability. But people see what they want to see, hear what they want to hear, believe what they want to believe. And soon, folks discovered how to make money by betting rates would never change, much as they had bet on stability and certainty ahead of the ERM collapse.

Fed V: US GDP in 1994 was 4.0%, unemployment was 5.5% and inflation 2.7%. Greenspan hiked rates 25bps to 3.25% in Feb 1994. Employment gains had been on a tear, and yet, somehow no one expected that rate hike. Naturally, he hadn’t pre-signaled a change. The bond market collapsed. Most people don’t think bond markets can crash, but that’s only because they haven’t traded long enough to live through one. Like all crashes, that one happened for all sorts of complex reasons, but the biggest was that the system was highly leveraged to a certain future.

Fed VI: Each interest rate cycle has been different of course. Over the decades, the Fed became increasingly transparent. That transformation was surely well-intended, seeking to reduce the risk of creating crises like that ’94 crash. But it is impossible to create certainty without also increasing fragility - that’s how markets work. As the system became more fragile, it required increasingly aggressive Fed intervention with each downturn. The process has been reflexive. Now markets move based on what policy changes the Fed says it may make in 18-30 months.

Anecdote: Congress mandated that the Federal Reserve promote maximum employment, stable prices, and moderate long-term interest rates. That was in 1978. Unsurprisingly, the nation was reeling from years of high unemployment, rapidly inflating prices, and soaring long-term interest rates. In the decades since, the Fed has done a remarkably good job at meeting their specific mandate. But like all systems built to create certainty, stability, it has simultaneously produced profound fragility. This is most clearly seen in the need for ever more dramatic monetary interventions with each cyclical downturn. Less obvious is the rising political fragility which is increasingly destabilizing the nation. Having tasked the Fed with producing economic prosperity by any monetary means necessary, our politicians then stepped away. They stopped governing effectively, fanned the flames of animosity, shielded from the adverse economic consequences of their dereliction of duty. In each economic crisis, it was the Fed that provided leadership, forestalling collapse, but at a compounding cost. Now the nation approaches a point of peak economic and political fragility. And while it is easy to condemn the Fed for having enabled the decades of dysfunction, it is the political system that must bear the blame. But no matter, the Fed must soldier on, like a magnificent machine, attempting the impossible, delivering certainty without fragility, spinning ever faster to stand still. And the greatest risk it now faces in meeting its mandate is an economic crisis accompanied by inflation. Such a crisis would force it to choose between a return to orthodox policy and the consequent defaults that would devastate asset prices, or a currency collapse and runaway inflation that rebalances the value of our assets and liabilities. Without a determined improvement in our politics, it is increasingly likely that we must endure the latter, followed by the former. And this drama will surely play out in the decade ahead.