A Thing For Numbers 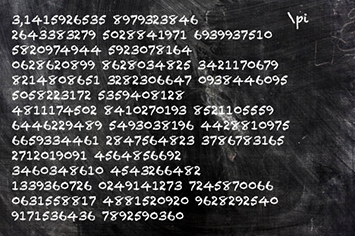 Telling Opportune Times From All The Others 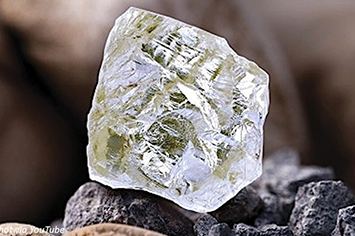 Producing Lines For A Living 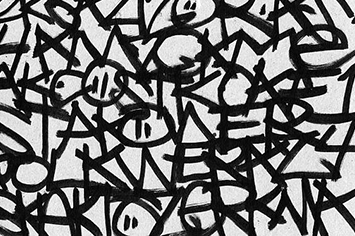 Racing Towards a New Form of Human Reality 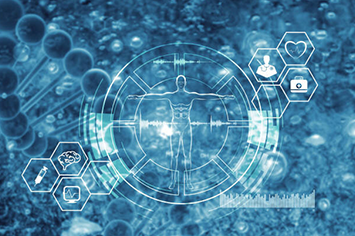 Overall: “Sociocultural stigmas and sensor limitations remain obstacles to collecting data on Unidentified Aerial Phenomena (UAP),” wrote the Office of the Director of National Intelligence. “Narratives from aviators in the operational community and analysts from the military and Intelligence Community describe disparagement associated with observing UAP, reporting it, or attempting to discuss it with colleagues.” Nothing new there. Throughout human history, those comfortable in the consensus have shown utter contempt for the lonely voices who threaten to upend the prevailing worldview. And yet, without those courageous enough to speak their truth, we would live in a perpetual Dark Ages. Such is the depth of our fear of change that we persecute the brave few, even as they drag us into a better future, kicking, screaming. It is too early to know whether these UAP represent anomalies of earthly origin, or an extraterrestrial intelligence. But for some mysterious reason, we appear finally prepared to consider the latter. How we react to news is often more interesting than the events themselves. Contact with an extraterrestrial intelligence would simultaneously represent the greatest risk and opportunity in human history – far surpassing the arrival of Columbus in the Americas. So why are we seemingly unperturbed by today’s possibility? Perhaps collapsing faith in institutions leaves us distrustful of anything we are now told. Maybe, our growing acceptance of ever wilder conspiracy theories has numbed us to anything, everything. Or possibly, we are already processing such profound change in politics and policy - which produced successive years of 15% US federal deficits, fully funded by the central bank, even as inflation soars and we expand infrastructure spending - that we have no remaining mental space for another alien. But no matter, back here in our earthly existence, it is a reminder to us traders and investors that no matter how momentous the change, it only matters for markets when for some mysterious reason it starts to matter.

Back and Forth: In a week when the US military released its report on Unidentified Aerial Phenomena, it is awfully hard to find the energy to write (or read) any more about today’s fiscal/monetary singularity. So I’ll keep the boring crap short: Two weeks ago, the Fed surprised markets by pulling forward its plans to escape today’s inflationary policy vortex by a quarter or two. Over-leveraged traders puked. This past week, markets more or less realized there is no escaping such a strong gravitational policy pull. This back and forth will be with us for years.

Interesting Others: “We currently lack data to indicate any Unidentified Aerial Phenomena (UAP) are part of a foreign collection program or indicative of a major technological advancement by a potential adversary,” wrote the Office of the Director of National Intelligence. “The UAP documented in this limited dataset demonstrate an array of aerial behaviors, reinforcing the possibility there are multiple types of UAP requiring different explanations. Our analysis of the data supports the construct that if and when individual UAP incidents are resolved they will fall into one of five potential explanatory categories:

1. Airborne Clutter: These objects include birds, balloons, recreational unmanned aerial vehicles (UAV), or airborne debris like plastic bags that muddle a scene and affect an operator’s ability to identify true targets, such as enemy aircraft.

3. US Gov’t or Industry Developmental Programs: Some UAP observations could be attributable to developments and classified programs by U.S. entities. We were unable to confirm, however, that these systems accounted for any of the UAP reports we collected.

4. Foreign Adversary Systems: Some UAP may be technologies deployed by China, Russia, another nation, or a non-governmental entity. [Is it me or did they just label China an adversary?]

5. Other: Although most of the UAP described in our dataset probably remain unidentified due to limited data or challenges to collection processing or analysis, we may require additional scientific knowledge to successfully collect on, analyze and characterize some of them. We would group such objects in this category pending scientific advances that allowed us to better understand them. The Department of Defense Unidentified Aerial Phenomena Task Force (UAPTF) intends to focus additional analysis on the small number of cases where a UAP appeared to display unusual flight characteristics or signature management.”

First Encounter: “The universe is a dark forest. Every civilization is an armed hunter stalking through the trees like a ghost, gently pushing aside branches that block the path and trying to tread without sound,” wrote Liu Cixin in his brilliant sci-fi novel, The Three Body Problem, exploring the complex risks and rewards of first contact with alien intelligence. “Even breathing is done with care. The hunter must be careful, because everywhere in the forest are stealthy hunters like him. If he finds another life - another hunter, angel, or a demon, a delicate infant to tottering old man, a fairy or demigod - there’s only one thing he can do: open fire and eliminate them.”

First Encounter II: “The inhabitants are all unprovided with any sort of iron, and they are destitute of arms, which are entirely unknown to them, and for which they are not adapted; not on account of any bodily deformity, for they are well made, but because they are timid and full of terror,” wrote Christopher Columbus in 1492. “But when they see they are safe, and all fear is banished, they are very guileless and honest, and very liberal of all they have. No one refuses the asker anything that he possesses; on the contrary they themselves invite us to ask for it. They manifest the greatest affection towards all of us, exchanging valuable things for trifles, content with the very least thing or nothing at all.”

First Encounter III: “Thus it pleased God to vanquish their enemies and give them deliverance,” wrote William Bradford in 1630, his first-hand account of an early battle, having arrived on the Mayflower. “And by His special providence so to dispose that not any one of them was either hurt or hit, though their arrows came close by them and on every side of them; and sundry of their coats, which hung up in the barricade, were shot through and through. Afterwards they gave God solemn thanks and praise for their deliverance and gathered up a bundle of their arrows and sent them into England afterward by the master of the ship and called that place the First Encounter.”

Anecdote: “Reality is I was not put into any leadership positions,” said Jackson, “That’s not what being a plebe is about.” Mara and I dropped off our oldest at the Annapolis gates last July in a N95 mask, with $100 and a small backpack. We just picked him up an inch taller, thirty pounds of new muscle, our car filled with naval uniforms and lacrosse gear. “To learn to lead, you need to first learn to follow,” explained Jackson. “That’s what being a plebe is all about. And as the year progresses, you encounter different styles as your superiors are trying to learn to lead, sometimes well, and other times terribly.” Two years ago, Jackson faced his first consequential choice. He could attend a liberal arts university, a business school, or a service academy. He chose my alma mater, a liberal arts path. But as the months passed, that choice felt wrong for some reason. So he changed course, re-committed to Navy, an institution dedicated to teaching the art of leadership. Each year, 1,200 kids enter the academy, 91% varsity athletes, 73% captains of their high school teams. Alphas. Those who graduate, typically lead 12-50 enlisted personnel as their first naval assignment. “The people who were hypocrites in even a small way struggled to command respect. I always knew that, but we really got to see it happen this year. And our superiors who got nervous and felt out of control, when they imposed punishments that were so extreme that they were impossible to be practically enforced, their credibility slowly eroded, then collapsed,” he said, explaining that these mistakes inevitably helped those who made them course-correct and become better leaders. “The ones who commanded the respect of people above and below them were those who knew the rules well but could distinguish between the letter of the law and the spirit. They knew when to be very hard on us but had the awareness and confidence to make exceptions based on the circumstances. They were the ones we most admired. Those were the leaders.”