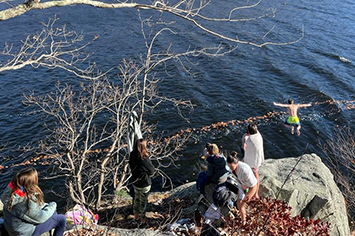 In Pursuit of an Interesting Life 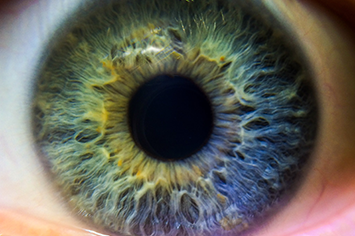 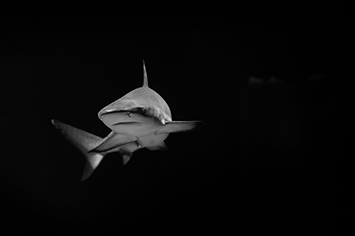 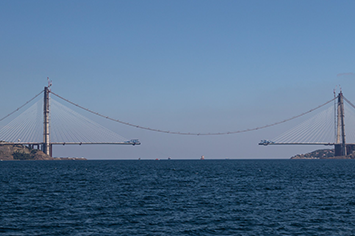 “My favorite part about today’s zoom was that I saw you all collectively conjure the entrepreneurial/creative spirit,” I wrote to my team after a late-Friday internal meeting, a break-through brainstorming session. “It is the key ingredient for anything truly innovative, magnificent,” I continued, yet another insane week nearly done, racing to capitalize on a world changing at breathtaking speed. “Entrepreneurialism is a messy pursuit, with plenty of dead ends, but if we can fuse today’s spirit with exceptional execution, the willingness to grind hard, cut our losses quickly without remorse, and the discipline to press winners, we are going to build something phenomenal,” I wrote. “So thrilled to be doing it with you all -- E”

Overall: “Inflation has become a political cudgel and it shouldn’t be,” complained Jen Psaki. But of course, fewer than one in fifty Americans could tell you what an ordinary cudgel is, let alone the political variety. Had Biden’s Press Secretary replaced cudgel with something more graphic, like a bone-saw, the nation would have at least had a chance to get the general gist. But her goal is to obfuscate the whole topic anyway. That’s the only way for politicians to survive inflation. Plus, you can no longer say bone-saw in the company of journalists. That would have reminded the White House briefing room reporters that the Saudis have been awfully quiet when it comes to increasing production to dampen today’s energy price inflation. It’s not that Biden hasn’t asked them to. It’s just that pressing too hard for increased oil production has become rather difficult for world leaders as they seek to limit the inexorable rise in greenhouse gas emissions. So, while China and India won a last-minute battle at the COP26, agreeing to “phase down” rather than “phase out” coal power, the weight of the political and economic establishment continued defunding fossil fuel production. Like all things economic, for every action there is a reaction. And it is often the case that the greatest long-term benefits require short-term costs. Vice versa too. So having pursued policies for the past few decades that prioritized short-term financial prosperity for a narrowing few at the longer-term cost of a widening array of social, political, economic, and environmental stresses, we now appear determined to right these many wrongs. All at once. To pay for it, the US has run annual federal budget deficits approaching 15% of GDP, more or less fully funded by the central bank. It is all well-intended, probably necessary too. But make no mistake, there has been no greater economic experiment in the history of humanity. It is no mere cudgel. This is 100% bone-saw.

Un-Orthodoxy: “Rising inflation and growing government debt may not seem like the natural ingredients to lower longer-term real yields,” explained Marcel, our Head of Research, our investment team thinking through the opportunities that arise when the vast majority of people dismiss perplexing market movements as being illogical when in fact, they may reflect a paradigm shift. “Yet here we are – longer-term real yields set a historic low last week. It is not that the market has given up the idea of orthodoxy. To the contrary, inflation is imposing orthodoxy on people’s behavior. Despite low interest rates, high asset prices, and record job openings, consumers believe it is the worst time to buy a car ever and the least attractive time to purchase a home since 1982. Demand is strong. Supply is constrained. Prices gains are required to ration demand. This is orthodoxy, just not the variety we are accustomed to.”

Un-Orthodoxy II: “But where is the bond market orthodoxy?” asked Marcel. “It is tempting to blame it on the Fed. After all, the Fed has been the dominant buyer of government bonds for the past 18 months, and asset purchases are set to end next June. But the issues are far more dynamic than linear demand-and-supply accounting. Take the last cycle of Fed quantitative tightening. Bank reserves held at the Fed peaked in 2014 with 5y5y real interest rates nearly 2.00%. Those excess reserves were cut in half through 2019 under the direction of policy. With the Fed no longer reinvesting bond maturities, the market had to absorb another $1.3trln of bond supply over that period. And 5y5y real yields collapsed to 0%, despite lower unemployment and substantial fiscal stimulus. Excessive global capital and the thirst for yield had a lot do with those outcomes and they remain strong today.”

Un-Orthodoxy III: “Norway’s central bank cut policy rates rapidly to the zero lower boundary during the pandemic,” continued Marcel. “It was the first developed central bank to reverse course with a rate hike in August. Longer-term yields rose very slightly as rate hikes were brought forward. But mostly, the curve flattened a lot. 30-year swap yields fell below 10-year rates in Norway, to the most inverted on record. Market forces drove Norway terminal rates lower with the earlier rate hike. These patterns are also evident in the UK. The hawkish pivot from the Bank of England did not lead to a bond market risk premium. Instead, before the first-rate hike occurred the market discounted the peak in policy rates in 2023, with an easing cycle thereafter. It is not driven by policy guidance.”

Un-Orthodoxy IV: “The market is signaling something much deeper – the scenario of sharply rising real interest rates is untenable. A material rise in real rates risks a severe, negative impact on broader risk assets. The bond market is telling us this would just bring a rush of capital back to low-risk government bonds. The bigger problem is that fiscal policy sees it as an opportunity. Negative real interest rates are being treated as an invitation to expand mandates and increase spending policies. The orthodoxy that is overwhelming the consumer is not even close to being on the radar of policy officials. The intersection of longer-term fiscal trends and the history of excessive debt remind us that policy orthodoxy is really the only answer in the end. It also predicts a very long period of negative real interest rates.”

Un-Orthodoxy V: “The US Congressional Budget Office runs a longer-term projection based on current policy, which includes a gentle normalization in real government bond yields. On those projections, Federal debt is more than 200% of GDP in 2051 with an annual budget deficit of 13% of GDP and rising. The debt interest expense, at 9% of GDP, is substantially greater than spending on social security and Medicare. It is not a plausible outcome. Spending will have to be slower and interest expenses lower. The history of fiscal cycles since 1875, documented by the IMF in 2012, provides the same lesson. How did countries absolve themselves of high government debt? A mix of financial repression and fiscal austerity. Governments used their ‘inflation dividend’ to run budgetary surpluses and real interest rates stayed negative for decades. Austerity comes before higher real rates, not after, and that isn’t near today's policy deliberations. Get used to negative real rates. It’s normal.”

Anecdote: Losing money sucks. Lots of other things do too. Most of us hate being wrong. We go to extraordinary lengths to protect our egos. Which is absurd of course, but we are curious little creatures, taught as children to aim for 100% on each test, to win every ball game. At some point in a trading career, we either learn to deal with the humiliation of making mistakes or we fail. And the way karma works, the harder we deny our errors the more public the ultimate humiliation. Lots of investors target longer time horizons so that they make infrequent predictions, which means fewer possible mistakes to confront. Traders on the other hand, make lots of smaller bets, which guarantees frequent winners and losers. But for some odd reason, victories are less pleasurable than defeats are painful, so on balance, trading depletes us. Which is why it often destroys people, slowly devouring them from within. Survivors develop ways to inoculate themselves from the pain, humiliation, defeats, losses. Some train their minds to reverse decisions in an instant. They can appear confused, confusing, contradicting themselves in the same sentence. Such people are masters at self-preservation. The greatest traders and investors eventually build firms around themselves. Team efforts yield psychic benefits that help restore balance to the emotionally drained. Being surrounded by a group of fellow risk takers and business builders allows you to refocus your efforts when you feel you’re probably wrong. Uncertain. Or when you simply lack conviction. And a team gives you leverage to press hard when you feel you’re right and the risk reward is compelling. Because after years of focused effort, introspection, you gain a good feel for when you’re likely right or wrong. And you begin to see the same in others. Better yet, you can sometimes sense when others are wrong and stubbornly unwilling to yet admit it. Large groups of such people present the greatest trading opportunities. And as awful as it all sounds, the truth is, there is nobility in this struggle. Joy in the pursuit.