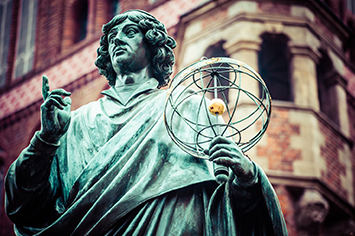 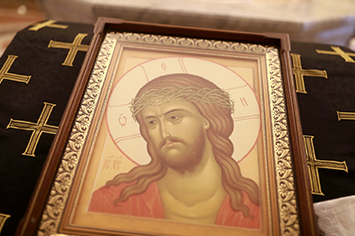 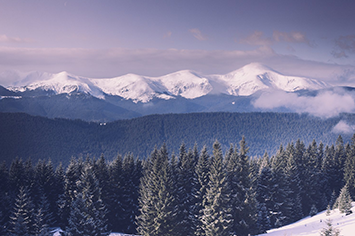 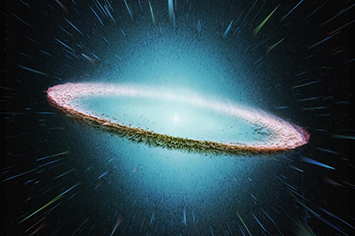 “Growth is like fire,” said Lithium, hands free on Highway 1. “Fire requires oxygen, heat, fuel. And for the past couple years, the Fed provided oxygen, animal spirits supplied the heat, and government deficits were the fuel,” he said, banking hard, hugging Malibu’s sandy cliff. “Growth tech has been rinsed. Anyone who bought an IPO lost money over the past year. Bitcoin too. Animal spirits are being smothered,” he said. “Deficits were insane, we wasted $1trln last year, that’s coming down.” The Pacific sparkled to Lithium’s left. “The Fed will tighten liquidity, that comes last. Less oxygen, less heat, less fuel.”

Overall: Powell reluctantly turned on the television, Biden’s press conference underway. “Covid-19 has created a lot of economic complications, including rapid price increases across the world economy. People see it at the gas pump, the grocery stores, elsewhere,” said America’s president, panicked, but careful, staying on script. “The Federal Reserve provided extraordinary support during the crisis for the previous year and a half,” continued Biden. “Given the strength of our economy and pace of recent price increases, it’s appropriate - as Fed Chairman Powell has indicated - to recalibrate the support that is now necessary.” Stock markets extended losses, the most speculative assets suffering horribly. “The critical job of making sure elevated prices don’t become entrenched rests with the Federal Reserve, which has a dual mandate: full employment and stable prices,” explained Biden, carefully pre-apportioning blame to the Fed Chairman for the Democrat’s House and Senate losses this coming November. Powell drifted back to simpler times, in 2018, when his job was easy, but his boss would berate him. “I’m just saying this: I’m very unhappy with the Fed because Obama had zero interest rates,” Trump told the WSJ in October 2018, “Every time we do something great, he raises the interest rates.” Powell considered how profoundly times had changed. In his 2018 hiking cycle, it took 225bps of rate hikes to tank stocks. But that was before Covid-19, economic collapse, and vast deficits, funded by the Fed. It was before inequality soared to levels previously undreamed of. Before supply chains were impaired, auto and house prices surged, inflation hit 7%, and real wages contracted. And it pre-dated the breathtaking hyper-financialization of the US economy, which meant that even talking about rate hikes now produces wild market swings. Such is the precarious state of financial markets that their prices are falling sharply because the Fed is verbally tightening, even as it is still actually easing. And Powell quietly wondered what his new boss would demand he do, if markets were to plunge, while inflation remains near 40yr highs.

Off the Radar: “Market fears of rapid Fed tightening are occurring at a time when the central bank is still easing,” said Marcel Kasumovich, our Head of Research. “And the irony is not lost on the bond market. The rise in short-term rate expectations through next year is matched by the bond market’s conviction that policy rates will not get above 2% in this cycle. Something will break. But that something isn’t China or emerging markets thus far, as would normally be the case. The adage of the Fed sneezing and the world catching a cold may be fading in importance.”

Off the Radar II: “Nobody underestimates China’s strategic importance in geopolitics,” continued Marcel. “Many forget its cyclical relevance. In the past decade, China accounted for 44% of world GDP growth in US dollar terms. That’s ten points higher than the 34% for the United States and includes the 2016 period where China stagnated. The IMF’s best-guess is that China will contribute 25% to world GDP growth in the next five years, again higher than all other countries. When China says go, we all start to run.”

Off the Radar III: “The unimaginable is now a reality -- China macro policies are leaning against the Fed. While the US is embarking on a hiking cycle, China’s monetary policy is easing and prudential policies are being relaxed to support property developers. The potential for developers to use escrowed deposits for bond repayments was welcome news last week -- China’s senior real estate ETF, despite its very short duration, jumped nearly 20%. What is the root of China’s newfound policy decoupling? It is a gift bestowed by foreign investors.”

Off the Radar IV: “Foreign buying of Chinese debt is not a new story. But it is one with lasting benefits. The world’s second-largest bond market enjoyed near-record inflows last November, the first month of China’s inclusion into the World Government Bond Index. And index accountants expect another 34% increase in net foreign buying of China in the coming three years. The mix of those inflows is two-thirds governments bonds, one-third bonds of ‘policy banks,’ the ones that run bailouts. Policy bank bonds are the off-index addition investors use to add a bit of yield as it is considered close to government debt.”

Off the Radar V: “China’s international policy was patiently manicured for more than a decade to achieve policy freedom. And officials are not shy about the benefits. Last December, a Director of China’s Ministry of Finance, Wang Xiaolong, signaled that the record rise in planned 2022 bond issuance was part of a pivot toward easing; he emphasized that the “expansion and contraction of treasury bond issuance reflects the direction of macro policies.” The direction of causality is also clear, obvious in market prices. In a sea of red, CNY and China large-cap financials are bright green, rallying. Foreign inflows are the source of China’s policy flexibility.”

Off the Radar VI: “So robust is foreign demand for Chinese debt that local regulators are worried about instability,” explained Marcel. “Guo Shuqing, the architect of cleaning up shadow banking, warned of risks from foreign inflows last March. His caution on local property speculation was met with a prudential crackdown that did nothing to dampen foreign appetite for Chinese debt. Naturally, policy officials in the US and Europe failed to heed Shuqing’s warning of financial excesses. China listens to the Fed, not the other way around. Yet, unrelenting foreign inflows to a country that maintains an eternal option of keeping investor capital captive, shows just how different this cycle of Fed tightening will be.”

Anecdote: “Here’s the truth,” said the Division 1 lacrosse coach, the two of us looking out across a sea of fields. “Of the 500 kids at this tournament, every one of their parents hope they’ll play Division 1, but only about three ever will, and I can spot them a few fields away.” He and I played lax together in college. Taught our boys the sport. “What are Jackson’s odds of making it -- be completely honest,” I asked. He watched closely. And I wondered how many subtleties the coach observed, intuited. The micromovements that top people in every profession come to see. Signs, signals, invisible to the untrained eye. After college, I dove into financial markets, and with each passing decade came to learn how little I know. And yet, with intense study comes a body of knowledge in every pursuit, much of it internalized in a way that makes it feel second nature. “He’s built right for a 12-year-old. Fast, aggressive. You’ll never know exactly how that’ll develop until he goes through puberty. You probably don’t see it, but I’m telling you, he’s two years behind in terms of stick skills. That’s the price you pay for living in Santa Barbara. Cali lacrosse is no match for the East coast. He needs to play with the top players. So, the only possible chance he has is if you move him back East. Then maybe. But that’s only if he really wants it. If he stays hungry. That’s the truth,” said the coach. That was 8yrs ago. “Our coaches talked to the whole team, one-on-one,” said Jackson, his first Division 1 season done. “They told me I’m fast, aggressive, my shot is great. But if my stick skills don’t improve, if the accuracy of my passing and catching doesn’t increase, then I’ll remain unreliable and won’t see the field,” said my son, still catching up. We all are, whether we know it or not. “I appreciate them telling me so directly. Now I know exactly what I need to focus on.”